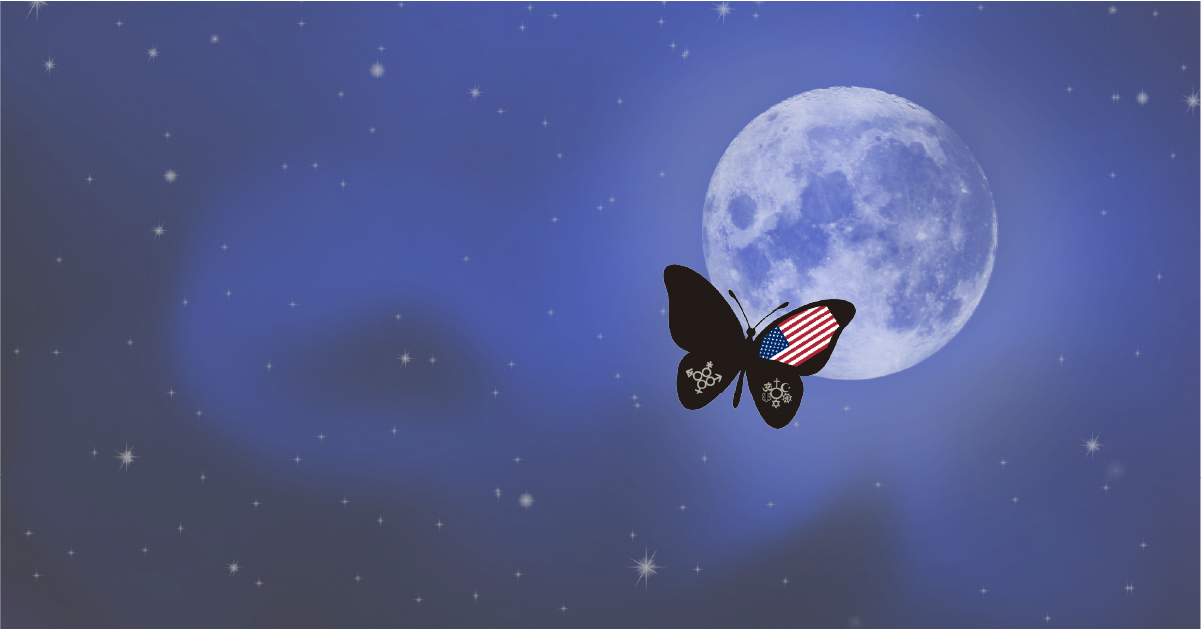 One more foundational memory comes back to me sometimes. I was too young for it to be real, but I swear that I remember. It involves my parents, me, and the moon.

An uncle loved everything about NASA and the space program. Living in Florida, he and his wife would travel to Cape Canaveral to witness the launches taking place in the eras of the Apollo Rocket Program and the Space Shuttle. When our family visited, he would shower us with launch photos and NASA paraphernalia. After one of his “smuggled” gifts, my brother, sister, and I were convinced we were the first kids in America to taste astronaut ice cream.

Inevitably, whenever we talked about space or NASA or the night sky, my parents would tell the story of Neil Armstrong’s first steps on the moon. Sixteen months after I was born, they took me outside, held me up, pointed to the moon, and explained that for the first time ever there were humans walking on that distant sphere. When I was older they would cap off the retelling with, “If we can put a man way up there, you can do anything!”

As an adult, I have seen footage of people across the world during those special evenings of July 1969. They show faces from many cultures, races, and countries gathered around TV’s or listening to radios. Children are in their parents’ arms. Families are standing in yards and in the streets, staring up at the night sky. A sense of wonder and hope is being shared by billions.

It didn’t matter whether they lived in Tennessee or Massachusetts or on the other side of the earth. To me, it meant that people of all races and lands loved their children and hoped for the greatness of us all.

If we worked together we could overcome the confining gravity of this earth. We could stretch beyond arbitrary limits imposed by government, society, our past, or even our own minds.

Any person can walk in the heavens.