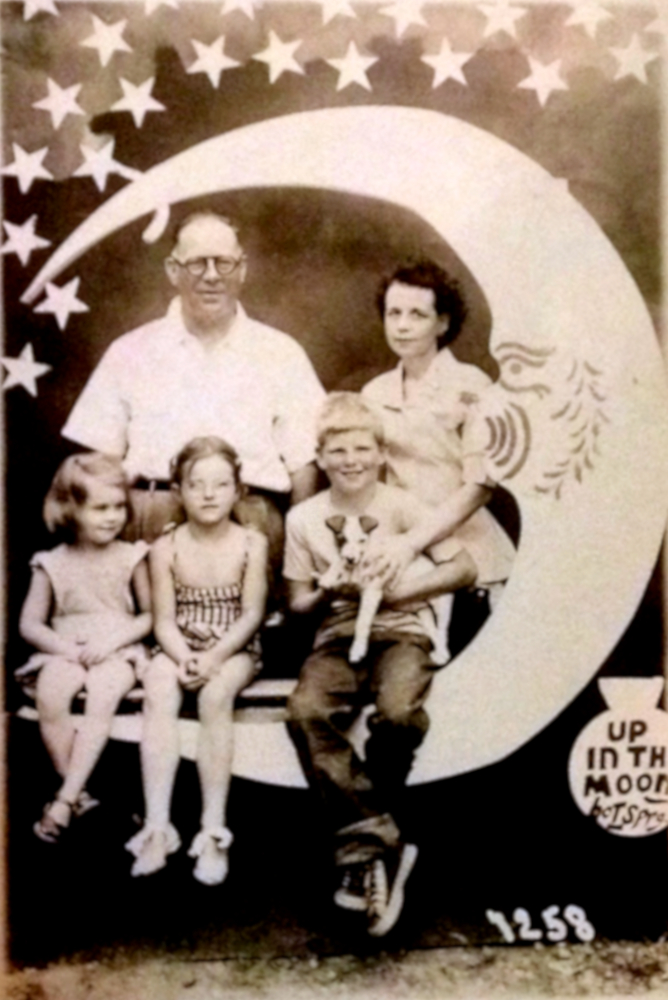 An excerpt from American Butterfly…

My grandmother, Lausanne Wayles Trenton, was the matriarch of the family and the glue holding us all together. She moderated the war among her children. She bridged the generations.

Grandmommy orchestrated a special night for each grandchild. It included a birthday trip to buy a toy at the Lowensteins department store. She was the adult who connected with my sister, telling her to “put her thinking cap on” before Angelina would play another miracle card game of Concentration. Angelina was uncanny. She would beat Uncle Stan so many times in a row that he would cry.

Lausanne brought the sides together in contentious negotiations with the Glazer Union in Memphis in the 1970’s. She was the uber-mediator. She was also the family genealogist. She had documented her husband’s ancestors back to the Trenton and Thomas houses in Colonial Williamsburg. Her family tree went all the way back to ancient Wales.

She was most proud, though, of her ancestors who had rebelled against King George and fought during the Revolutionary War. She claimed at least two direct lineages to earn her membership in the DAR, Daughters of the American Revolution.

“You are lucky to be alive in 1976!” she would say. “Two hundred years after the birth of our country. If you were born in 1977, you would likely never witness a centennial. If they did make it to their 100th birthday, they might forget the celebration the very next day!”

As a Co-Chair of the Bicentennial, 200-Year Committee of the Memphis Chapter of the DAR, she saw it as her responsibility to help us all better understand the history of our great country. Over the months leading up to July 4th, 1976, she distributed historical guides and hosted educational events at schools and gatherings throughout the Mid-South. Her committee prepared for a grand DAR Independence Day celebration. It would be larger than anything the organization had ever hosted.

Lausanne knew the history well, and she had to overcome it. The previous Centennial in 1876 was far from universally celebrated in the South. Extensive federal involvement in Southern states did not end until 1877, twelve years after the South’s surrender. In 1876, some felt they were forced to celebrate a government that had recently killed almost 300,000 of its young men and burned its cities.

For Louisiana and regions that fell early in the war, the South’s occupation seemed interminable. A twenty-year old born in 1857, a few years before the hostilities began, might remember only war and varying degrees of occupation by a foreign power throughout their entire life. Imagine their foundational memories.

President Lincoln had done something we would never see today. In a nod towards unity, he had appointed a Southerner his Vice President. After Lincoln’s assassination, Andrew Johnson served almost four years as President of the United States.

President Andrew Johnson was poorly treated, we were told. When he sought a quick Reconstruction, Republicans in Congress blocked his appointees, passed the three Reconstruction Amendments to the Constitution, overrode his veto of the Civil Rights Act of 1866 (one of the first big overrides ever), and tried to impeach him.

In a rapid swing of the pendulum, however, the Fourteenth Amendment (equal protection under the law for all citizens) and Fifteenth Amendment (the right of Black men to vote) were soon handcuffed by the Supreme Court. The rulings left Southern states free to rebuild much of their former society.

As of America’s Bicentennial Celebration in 1976, Tennessee had still not ratified the Fifteenth Amendment’s assertion of Black men’s right to vote and would delay for twenty-one more years. Grandmommy understood the awkwardness of the situation her grandkids faced in the 1970’s. We were told that everyone was equal. Yet, we still heard the resentment from our families of the “foreign” laws and courts and executive orders enforcing that equality. I remember her again and again teaching, “We are one people in this great land. We rallied together to fight for our freedom. We cannot forego this grand opportunity!”

Independence Day, July 4, 1976, was wonderful. Full of anticipation and fun. Dad hand-cranked vanilla ice cream throughout the morning. The kids splashed in the plastic baby pool to keep the hot sun at bay. In the evening we drove to the DAR celebration. Tables were covered with white cloths, red, white, and blue bunting, and American flags. Hundreds of fellow Americans shared hamburgers, hot dogs, coleslaw, and summer fare. After dinner, as the sun slipped away, we walked outside to watch the fireworks. It was a wonderful celebration of our fantastic country. Just like Grandmommy told us, we were lucky to be alive.

A few months later, I woke to a phone call after midnight. I heard Mom answer. Her voice raised in a mournful, “No!” I heard her crying for hours in her bedroom. Grandmommy had recently taken my blood pressure in the study, teaching me how to read the top number and bottom number. Long before Mom came in to tell us, I knew that Lausanne Wayles Trenton was gone.

Lausanne had been close to us all, but she was, perhaps, Mom’s best friend. Mom speculated that the stress of keeping together the family had killed Lausanne earlier than her older siblings. The fact that she smoked heavily contributed to the likelihood of a stroke, too. Smoking for much of her life was an indicator of style and privilege. She had both.

Despite her untimely end, she had lived to celebrate the Bicentennial of the United States of America she so cherished. To keep people focused on the things that bring Americans together, more than just the real and perceived injustices that pull them apart, even today.