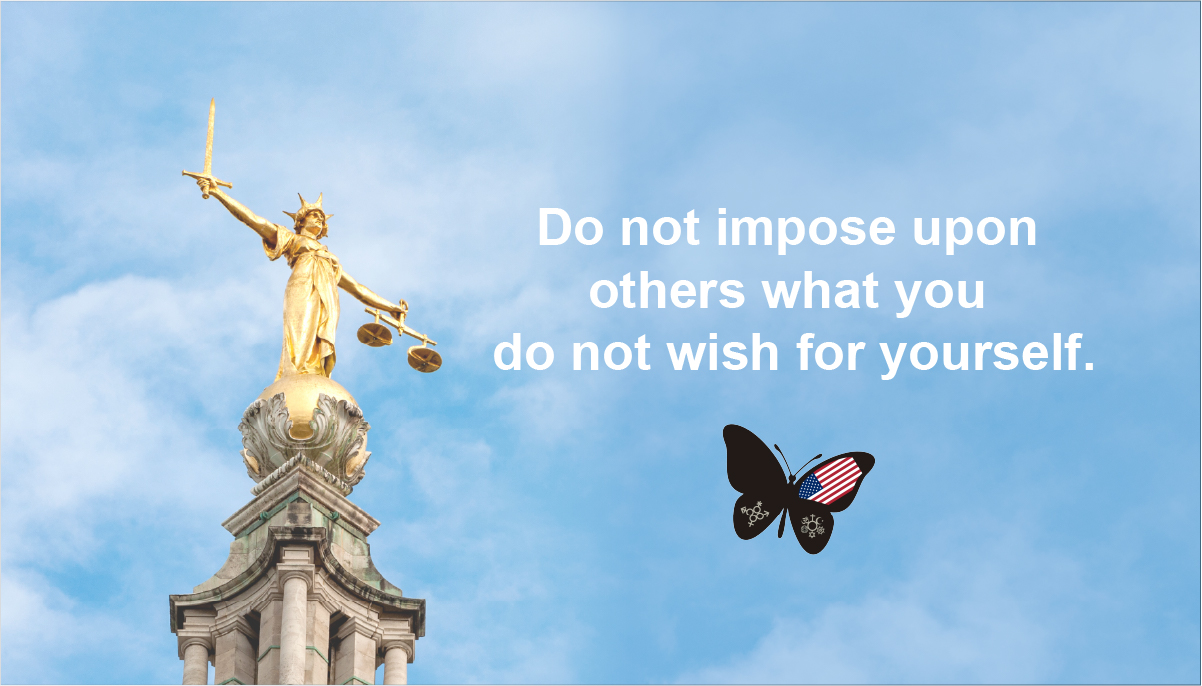 “Do unto others as you would have done unto yourself.”  –The Golden Rule

The Amy Coney Barrett Supreme Court Confirmation Hearing is fascinating–less for what has happened than for what it represents. For some it has provided proof that both political parties are so obsessed with forcing their will on their enemies that America is losing sight of what government should be about.

Lindsey Graham, Chairman of the Judicial Committee, said today, “This is a groundbreaking, historic moment for the American legal community and, really, politically.”

Lindsey is a smart person with a lot of experience. What did he mean?

This is not really about Amy Coney Barrett.

The Honorable Barrett appears to be an intelligent, accomplished judge and a person many would be pleased to have as a neighbor. Her answers were composed and well-spoken. She followed the post-Bork playbook perfectly. She revealed nothing beyond the nature of her family, where she grew up (Louisiana), went to college (Rhodes in Memphis, TN), went to law school (Notre Dame), who she clerked for (Justice Antonin Scalia), and a demonstration of the legal knowledge a US Supreme Court Justice should have.

It was a relief that she has no apparent moral or intellectual doubts about who she is, what she has done in her life, or her fitness for the position. Based upon her performance and her documented history, it is clear why the hearing went so smoothly and why traditional conservatives are eager to see her appointed.

A Makeover of the US Court System

The Federal Judicial System of the United States is appreciably different than it was just 46 months ago. After a robust three Trump appointments (behind only Truman and Eisenhower since WWII), the Supreme Court will now have a super-majority of active, avowedly-conservative Justices. It steps up from a simple majority for the first time in nearly a century.

The appointment also completes a four-year makeover of the US Federal Court System. President Trump and the Republican Senate majority will have appointed almost as many Circuit/Appellate Judges in four years as the previous administration in eight years, 30% of all current Circuit Justices. Over 25% of all active US Federal Judges have been appointed by President Trump. That is power.

A Meltdown of Cooperative Government

We have witnessed a Chernobyl-level meltdown of the Senate and the governmental systems designed to keep our political parties working together and for all Americans. The fallout, whatever the outcome of the coming election, could poison our country for decades more. I’ll let each party speak for itself. They do a good job of explaining how they have lost the ability to work for mutual benefit.

The Republican Case: They Started It. We Finished It Today.

Today, in the Senate Judiciary Committee, we heard more words justifying the actions of the Republicans in the Senate than we heard about soon-to-be Justice Barrett. Senator Mike Lee, Republican of Utah, launched into an encyclopedic history of the Supreme Court nomination process.

He repeatedly raised his voice in emotional lamentation of the fact that the Democratic Party started a fight that, seven years later, the Republican Party, after appointing Barrett, hopes is now ended. “The Democrats’ relentless and endless practice of abusing their power [led them] to a judicial total war…It is simply what the Left does.”

Even before the more recent troubles, we heard it explained that Democrats had shamelessly vetted the conservative judge Robert Bork. He was the last judge to speak openly about their legal philosophies in the Senate Chambers. He was never appointed, despite his great competence. Democrats later brutalized both Justice Thomas and Justice Brett Kavanaugh with baseless, trumped-up charges of improprieties from their past relationships with women.

It was Democratic Senator Harry Reid who had uncorked the genie of absolute Senate dysfunction. The Democrats had chosen the “nuclear option” to block the reasonable efforts of Republican Senators to require further debate on judicial nominees. Reid was warned that the Democrats would come to regret their decision.

Senator Lee and other Republicans explained to America’s voters that it was the Democrat’s clear intention to keep on fighting unfairly. That Democrats would certainly “pack the Court” if Americans voted President Trump out of office or Republican Senators out of their seats. According to the Republicans, “One party has been the aggressor…The Left thinks the judicial system should tell everyone how to live…to place debatable matters beyond debate.”

The Democrat Case: They Made Us Do It

Most Americans understand that had a Democrat been sitting in Senator Mike Lee’s seat, they would have heard an exceedingly similar story about the historic level of abuse by the Republicans, one that goes back decades. Congressman Gingrich rallied his Republican minority in the 1980’s to block the Democratic majority, to eliminate any spirit of “compromise.”

When the pendulum of power swung to the Republicans in the 1990’s, they continued the non-cooperation, winner-take-all strategy. In the years since, we see that moderate Congresspeople, those brave enough to work across the aisle, have been voted out by Americans and targeted by their own parties, especially factions like the Tea Party.

A Democrat would explain that by 2011, the party-purity, non-cooperation strategy would make compromise impossible due to Republican hatred of Barack Obama. By 2013, Democratic Senators Chuck Schumer and Harry Reid would have no choice. To see a new judge approved, they were forced to change the rules requiring 60 votes to override the endless Republican filibusters. Now a simple majority ruled.

In 2015, the Republican minority was able to block President Obama’s Supreme Court nominee for six months. Republicans claimed that the will of the people needed to be heard through the next election. They were able to filibuster the nomination because the Democrats had refused to apply the nuclear option to Supreme Court nominees, out of respect for American faith in that institution.

Once the Republicans gained control of the Senate in 2017, they chose to “go nuclear” around Supreme Court judges, too. Using the nuclear strategy again in 2020, less than six weeks before the next election, Senator Mitch McConnell drove through President Trump’s record third Supreme Court Justice in record time, affirming the commitment to winner-take-all non-cooperation in government.

Winning control of the judicial branch must matter. Otherwise, our parties would not fight so ruthlessly with so much willingness to toss aside rules and traditions that have helped America govern well for centuries. As much as we say that any educated judge should be ruling as our laws direct, the brutal battles about appointing judges suggests that the interpretation behind our laws matters a lot. Rarely, as in 2000, Judges even decide the next President of the United States.

What Questions Should We Ask Ourselves?

The critical question is, “How do we evolve our social and governmental interactions to work together to solve problems?”

If it involves accessible wisdom from the past, wonderful! If it involves new learning, great! It likely includes a focus on the problem rather than the philosophy. In any case, something must change.

The second question should be asked during future judicial nomination confirmations. It is long-winded and a bit bombastic. But that is the nature of questions asked in the United States Senate.

“We ask a question that must be taken seriously. Know, in advance, that we sincerely wish you peace. And that we look forward to your answer in these chambers and in the coming decades.

“We have hope for America, but we also have doubt. We see the light of democracy struggling outside of our windows. We have good reason to fear that it will no longer be burning when we turn over the reins of government to our children.

“This pondering brings us to the question. We ask you and America’s Democracy…

“In light of the Golden Rule, the rule that states ‘Do unto others as you would have done unto yourself’…

“Can we tell our children that America’s judicial system rises well above the self-serving economic and social desires of whatever privileged group is governing, largely for its own advantage?

“Can we truthfully tell them that the American justice system is honest and fair for all?”