Skip to content
Be Careful…The Pendulum Will Swing Back 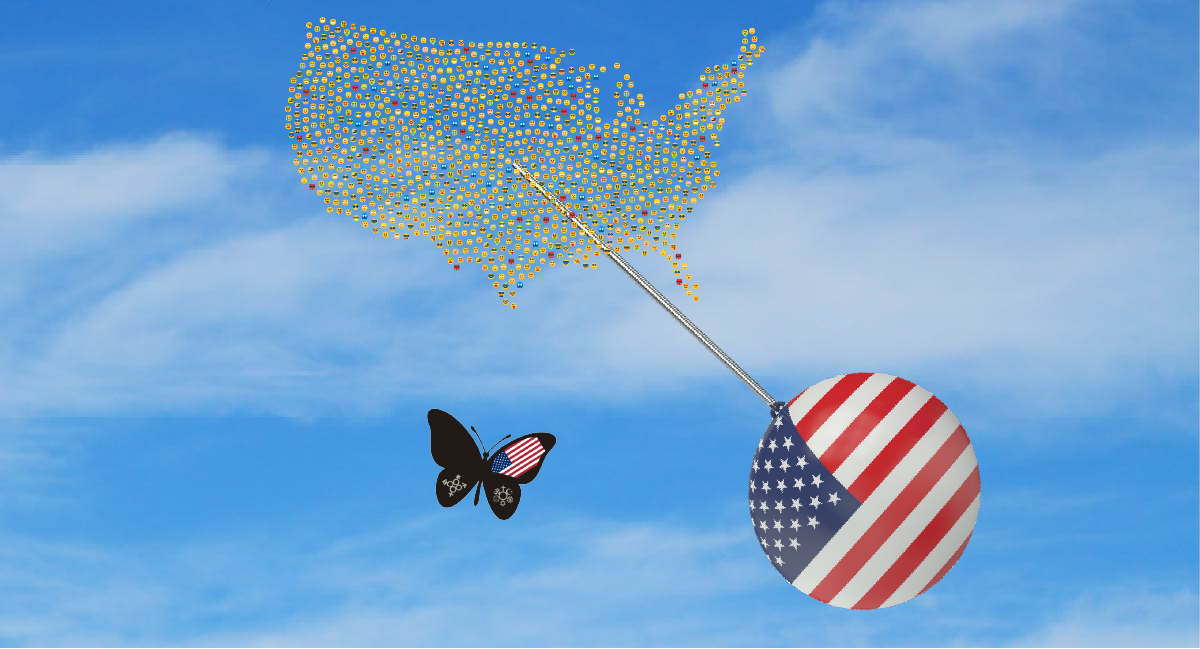 At an Iowa wedding in the summer of 2016, my kids sat at a breakfast table with cousins and members of the groom’s family. The bride was their second cousin once removed. My son was well-inculcated into the politics of a socially-progressive neighborhood of Boston. Perhaps because of his cosmopolitan pedigree, I could see that he was stunned to hear the discussion at the end of that protracted breakfast.

He could relate to the sentiment that it is a real world, a little dog-eat-dog, even. His pre-school had taught a heartfelt kumbaya view of America. Nonetheless, he and his sister also lived in the domain of competitive gymnastics. Everyone did not get a medal. Many went home crying.

He was surprised to hear how many people were free-loading on society, immigrants especially, but others, too. He was surprised to hear how the people throughout America were so badly ignored. How the House of Representatives hardly represented. How the Supreme Court ruled in ways so radical and wrong in the eyes of the Founding Fathers—men who had thrived and founded a country with a near-perfect Constitution 250 years ago. How popular music, movies, books, and TV commonly created stories that seemed foreign to those living in the heartland of America. How they felt their families truly being washed out of America.

The conversation became familiar again when people discussed what a great place America is. Our soldiers were heroes protecting the land of opportunity. America had guaranteed the safety and freedom of so many in the world for a hundred years, since World War I. Fortunately, there were people willing to sacrifice to make this country great.

Sadly, the typical American faced so many tribulations. China should not be manufacturing all of the things sold in Walmarts throughout the country. Jobs should not be lost to immigrants because corporate America needs more profit. The people in the heartland should not be forgotten, just an economic blip on a corporate spreadsheet.

I was glad to see my children leave to play with their cousins. I had always found it important for them to hear many sides of the story, but some are harder to understand than others. They take time and maturity.

As the complaints continued, it was as if I could hear a middle-aged Johnny Rebel. The same insistence that the market and competition would reward the hard-working. Tempered by dismay that the Bill Gates and George Soroses of the world had somehow cheated those same markets to gain massive wealth. “Who gave them the right to make the world into their images?”

These Johnny Rebels were the real downtrodden, they said. I listened and suggested that there were many people in this great country who had so much less than the rest. Being born in parts of Mission Hill of Boston or in Parkway Village of Memphis drastically increased the likelihood of extreme poverty and a mediocre education.

They agreed, “Change is long overdue. America has been run by the elites for too long. They don’t help anyone other than themselves. They use the poor, no matter their skin color.”

The conversation crescendoed. For them, they had experienced the pendulum swing too far, for too long, in the wrong direction. Under Democratic and Republican presidencies. No political party was on their side.

If things did not change, they said, they would join the revolution:

“The Storm is coming.

“The pendulum must swing back.

“The Great Awakening is near.”